You are here: Home / About Spinal Support NZ

A brief history and introduction to Spinal Support NZ

Spinal Support NZ originally TASC was founded in 1991 by a group of high level spinal injured people. TASC gradually evolved into the present organization.  Spinal Support NZ and became a registered charity in 2008 (CC23064) and has built up a vast network of volunteers. These volunteers have various experiences and are able to offer moral support, advice and information to patients in the Spinal Unit.

Spinal Support NZ covers the same geographical area as the Auckland Spinal Rehabilitation Unit, from New Plymouth, Taupo, across to the Eastern Bay of Plenty, up to Cape Reinga.

Spinal Support NZ is governed by a committee. They meet several times each year to advise and give direction to the Society.

I have a background in health management and recently commenced as an office manager for Spinal Support nz. I am really enjoying supporting such a dedicated team and we all work together to achieve the same goals …which is improving the life of SCI patients.

We are looking at new initiatives to connect and support our members, especially when they are discharged into the community and feel isolated.

We understand that the road back to independence can be challenging, which is why all of our staff are there to help members navigate their way forward.

Yasmeen has started this year on a part-time basis in the office, working Monday and Wednesdays. Some of you might know her from her previous involvement with Auckland Parafed. Yash is also involved with the Parafed Auckland shooting club as a loader

Brendan Tourelle has rejoined the Spinal Support NZ committee as our President. He was previously a member starting in 2000 after a ladder fall in 1999 left him a T4 Para. He is also on the Sailability Auckland Committee among many others. Brendan a very keen sailor, and over the years has instructed many people living with a disability with the skills they need to learn to sail, many starting their sport in the Sailing Simulator with is setup the Spinal unit Gym. In 2012 he joined the Spinal Support NZ Art Class, which he really enjoys. I am now the Chairperson of Sailability Auckland, The President of The International Hansa Class as well as the NZ Hansa Class Association, Hansa Class is a Yacht Class it is an open class but many people living with a disability enjoy sailing these boats. I’m also on the disability advisory Committee to Yachting New Zealand. I also really enjoy the Spinal Support NZ’s Art Classes which is held on a Tuesday Afternoon. This Art Class is a great initiative which teaches many inspiring Artists the skill they need, it’s great confidence boosted and many of the Artists are learning how to mouth painting, the class has some great camaraderie among the pupils, all help each other. So thank you Spinal Support NZ for being such a positive part of my life.

Sally Wenley became a T12 paraplegic over 30 years ago in a school bus crash. Sally has a degree in English and a post-graduate diploma in Broadcast Journalism. Sally is currently a freelance journalist as well as a director on the NZ Occupational Therapy Board and the National Riding for the Disabled Board. Sally also writes articles for newspapers, along with doing book reviews and discussing current affairs on National radio. She has won four national media awards for Radio reporting while working as a journalist at National Radio. She enjoys duck shooting, fishing, travel and having fun with her daughter.

Dean has been involved with TASC since 2004, He won HNZ 2007 Open Garden award. He has been learning website design for some time and offered his help to develop our website.

Dean immigrated from the UK in 1990 had an accident during a fight at home with a friend in 1997 making him a C4 Tetraplegic. He was a supervisor Gardner and volunteer fireman previously so continued the need to be of some use. He is married to Eleanor and has 2 daughters, they became followers of Jesus in 2004 and hope to be doing His will every day. “Sometime in 2004 Pam Ferguson asked me to help with the TASC website giving me confidence and a purpose so I continued to help nonprofits to get online voluntarily, I now manage a charitable trust that offers nonprofit organizations free website development and coaches the physically and mentally impaired anything using video tutorials see www.itsaccessible.net.nz

Gavin Parish was injured in a motorbike accident in 2006, leaving him a T12 paraplegic. He has been involved with TASC since then. Gavin previously had 35 years’ experience working within the NZ Fire Service. He has completed his Diploma of Counselling at MIT and is now working toward his Bachelor of Counselling.

Spinal Support NZ aims are to

Mission Statement
A caring organisation,  that supports spinal support persons, whether that impairment is from an injury or illness, in every aspect of their daily lives as they first come to an acceptance of their impairment and then as they re-enter community life and the workforce and for many to adjust to life in a wheelchair and to advocate for their requirements and well-being. 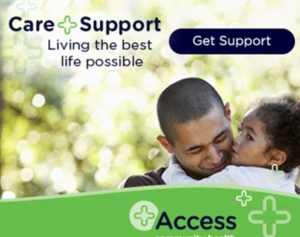